Brink of Battle at ConQuest Sac! 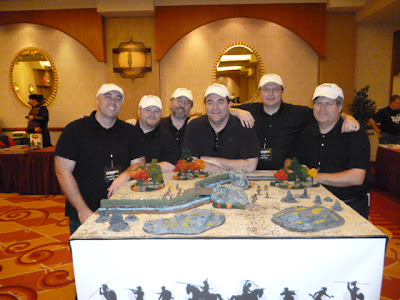 This past weekend, Strategic Elite had its premiere of Brink of Battle at ConQuest Sac.

We had a great time, and met some very nice people. Our Demo Team (which we're still trying to find a name for) is here on the right. From left to right are Drew Davies, Alan Washburn, Scott Cooksley, Charles McCall, Robert Faust, and Joe Chinnici.

The other guys took a lot more photos than I did, so I'll get them up once we have them all turned in.


We sold 15 books, and had a blast teaching folks how to play the game. 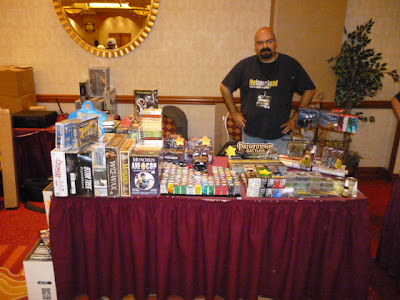 We partnered with our friends at The Launchpad Games & Comics who handled the sale of the book. A big thanks to Mike Todd & Jim Mason for their support and friendship.


That's Mike there on the right.

We had two tables set up. The first was a Renaissance hamlet called Faustburg, being defended by some Imperialists in the year 1632. One of the locals, Scrote the Butcher, also helped out with defense.

Facing off against them were some dismounted Swedish horsemen who were grouped into an ad hoc storming party looking to steal food and wimmin' folk from Faustburg.

The other board was an outdoor setting with hills and trees parted by a rushing river. This table was used for two different periods at different demo times. 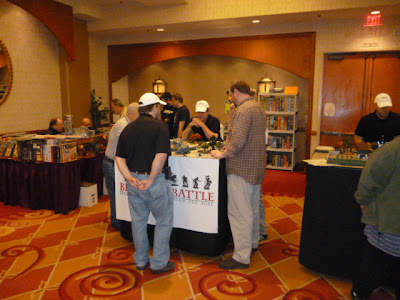 The first was a bash up between a small Fallschirmjager paratrooper squad that dropped into US Infantry guarded territory.

The second demo was between some German Barbarians attacking a band of grizzled Roman Veterans and Auxilia.

The other pics will have more coverage on all fronts.

All in all, it was a very good event, and we will definitely be back next year. 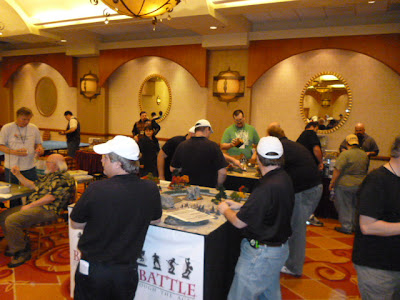 I want to thank my Demo Team for their enthusiasm, endurance, and professionalism at this event. They have been critical to the success of this enterprise.

I also want to thank the ConQuest Sac event managers Gabe, Mike & John who made us feel right at home. We are jazzed about doing Pacificon with you guys!


You can follow the link on the right sidebar of this blog to buy Brink of Battle from my lulu.com store. 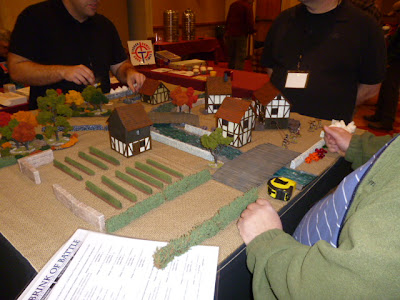 Stay tuned for more great things to come for Brink of Battle from your friends at Strategic Elite! 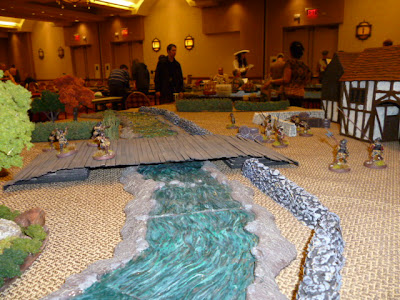 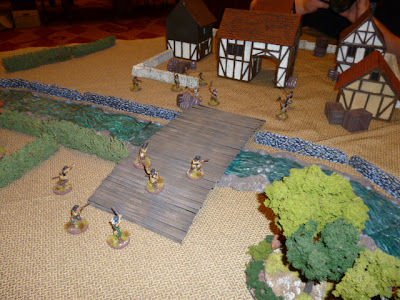 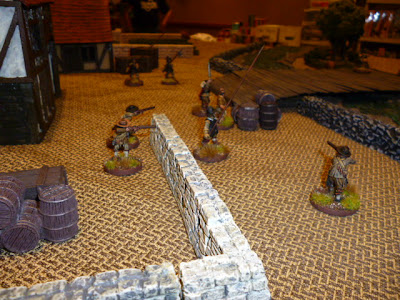 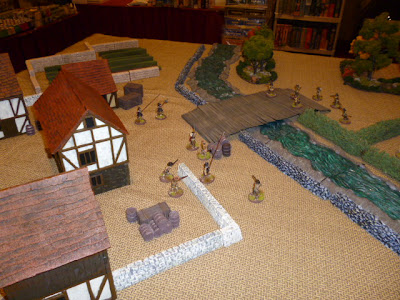