This discounted price will last from June 1st, 2012 through June 6th, 2012. You can get your copy here http://zkluroztcttctzorulkz.wargamevault.com/index.php?discount=30074

Brink of Battle: Skirmish Gaming through the Ages gives you all the rules you need to recreate man-to-man level skirmish games from ANY period in History! Use your existing models and play from 3000 BC to Modern day. Learn more at www.brinkofbattle.com

More pictures from the re-shoot

Here are some re-shot photos I took today. Still dealing with too much light, believe it or not. 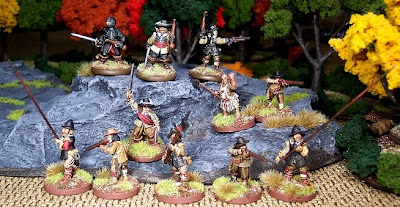 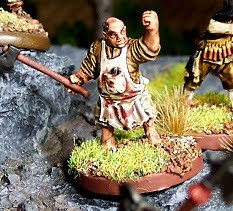 That's Scrote the Butcher giving the 'what for'! 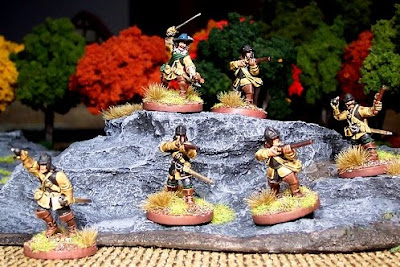 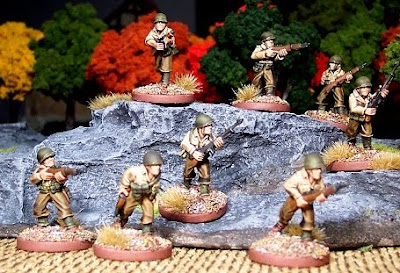 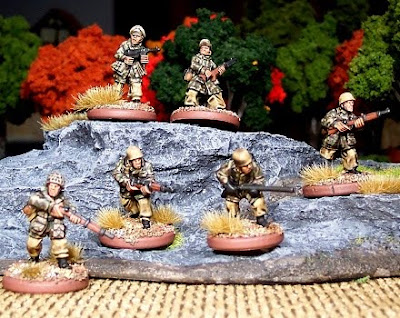 Greetings all! I wanted to give an update on where things are with the game.

As we head into the Memorial Day weekend here in the U.S. things are full swing on the Fantasy supplement play test. This is a massive project that will likely alter the way people play fantasy skirmish games hence forth.We're taking the "Tool box for the Imagination" concept Anatoli coined to the next level.

In addition to that, I plan on finally getting a battle report done for the game and posted on the site in the next two weeks.

We are also looking into doing short videos that show game play. I also will do a write up on an entire Turn sequence to grant some insight into the game play.

Finally, in the next month I will start a column called 'Take Aim' that will dive into one or two aspects of the rules in greater detail.

Here are two pics of the Demo Forces we used for our Brink of Battle WW2 Mediterranean demo.

These are the models we use for our demo games of Brink of Battle Period 2- Early Modern for the Thirty Years' War. Models are a mix of Perry, Warlord, and Foundry. All painted by yours truly. 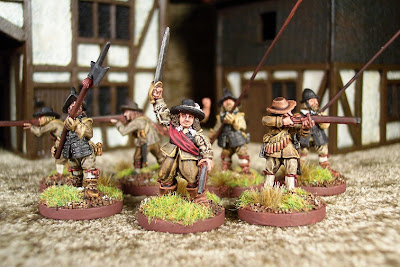 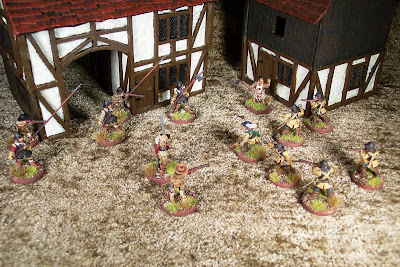 I just wanted to drop a quick note to say that Terrement from The Miniatures Page and Terrement's Lair wargaming Blog has posted his thorough and favorable review of Brink of Battle from the viewpoint of a Solo Wargamer!

You can read his review here http://terrement.6sided.net/brink-of-battle-skirmish-gaming-through-the-ages-review-a-different-look-with-emphasis-on-the-solo-gamer%e2%80%99s-perspective/ 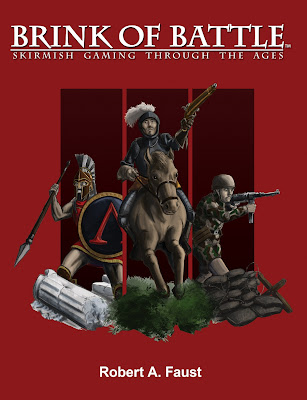 You can now purchase Brink of Battle from Wargames Vault, the largest site for wargame pdf downloads.

You can find it here http://www.wargamevault.com/product/101770/Brink-of-Battle%3A-Skirmish-Gaming-through-the-Ages