This past Saturday Drew and I had the pleasure of demonstrating our Brink of Battle and Epic Heroes rules at Game Kastle in Santa Clara California.  Jason and his crew were great to work with and are a credit to the store owner Ray.  We will definitely be back!

We set up our 'Faustburg' town circa 1632 AD in the midst of the Thirty Years' War that ravaged what is modern Germany today.  Those Damn Dirty Swedes ( :) ) are attacking Faustburg, while Hauptmann Rosenkreutz and his men are defending the town from the raiders.  And Scrote the Butcher is seeking revenge on the Swedish Cavalrymen for the virtue of his daughter.

Our first games were using the Brink of Battle rules for the Period 2 - Early Modern.  Drew had several willing participants join him in the fray.  Here are some pics: 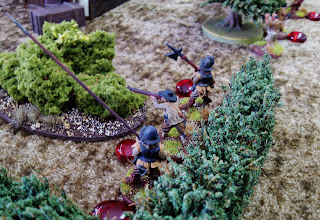 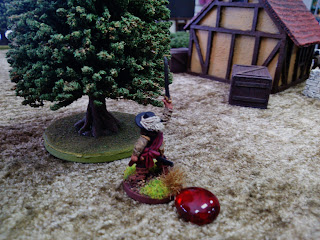 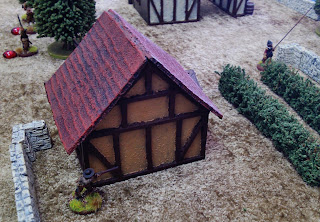 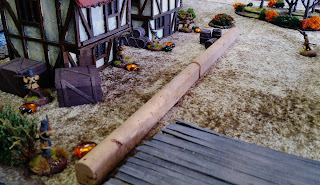 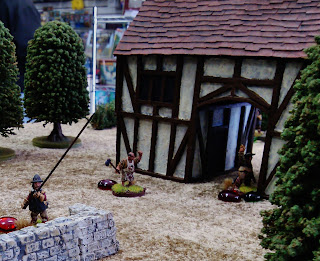 Old Scrote put up a pretty good fight for one game.  He was collecting musket balls without worry, then died horribly in close combat! 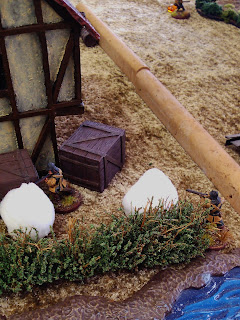 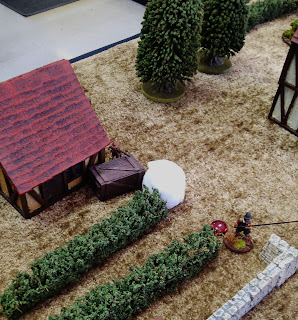 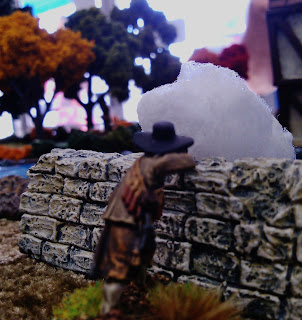 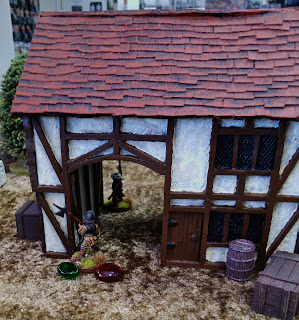 And here's the Face of our Franchise, Drew Davies! 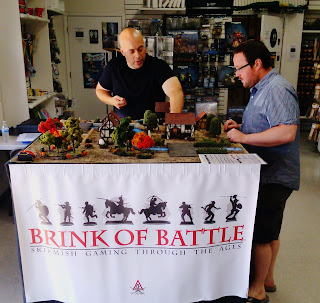 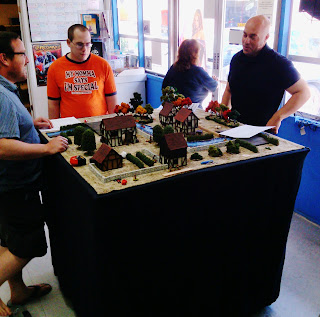 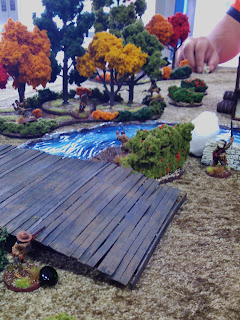 After the Historical games, we changed things up by breaking out the new Epic Heroes Fantasy rules!  Now the humans picked up an Ogre by the name of Hagsmar the Ripe so they would stand a chance against the K'thoneans and their Cephalon Masters! 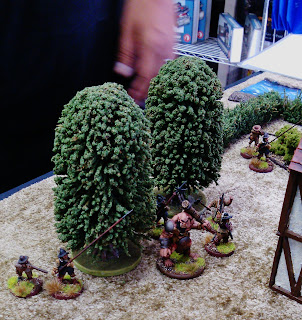 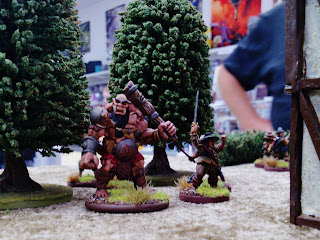 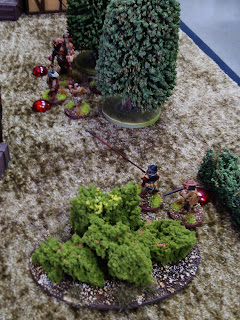 The Cephalons are the secret rulers of the K'Thoneans.  Cephalons come from the Great Beyond and have fell powers such as the ability to Dominate an enemy model and make it fight its friends.  Such a thing happened during one of the games and Feldwebel Stoltz was forced to slay a nearby Pikeman with a few jabs from his halberd. 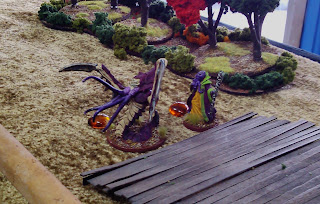 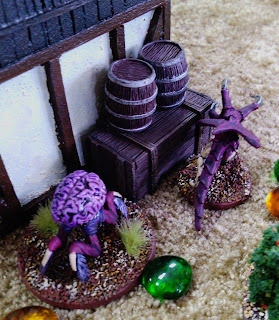 All told we had a great day and thank the Game Kastle crew for their hospitality!