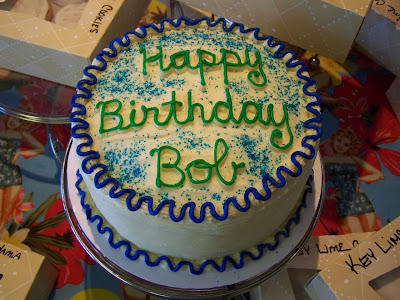 Yep, it was late in the evening of my 36th birthday when I put pen to paper and began writing what would eventually become Brink of Battle. It has been a fascinating journey to say the least. When I reflect on what has transpired in my life over that period, I am deeply moved.

In that time I fell in love, finished my degree, got my professional licenses, moved out of state, made some great new friends to add to my great old friends, bought a house, got married to my amazing Wife, got promoted, , and experienced a level of joy in my life that I had never known before.

Writing this game has been a part time job through all of those years. I must say, seeing it not only in print, but being so strongly embraced by players has really been a surprisingly humbling experience. It's a piece me being offered to everyone. That thought had never occurred to me before because I was so engrossed in the writing. But when you see the response of those who have purchased and read the book, and they are so friendly, and supportive, and creative, it reminds me how wonderful complete strangers can be. And then some of them begin to really catch the vision of what I've been trying to create, and that is powerful. Yeah, I'm an old man getting misty eyed...

The game has been on the market for one month and the response has been fantastic. And we've barely scratched the surface of potential readership. I am going to be adding the book to Wargames Vault, take out an advertising run in Wargames Illustrated, and send off a copy to the guys at Wargames Soldiers & Strategy for a review in their magazine. Hopefully, that will reach many more people who will then open as Anatoli put it in his review, "A toolbox for the imagination". Well said my friend.

Today we posted the first play test document for EPIC HEROES, our Fantasy supplement. EH will let you do several things as you like. You can create your own Fantasy setting, re-create someone else's Fantasy setting, or use the template for my own Fantasy setting. I don't know of another game that gives players that much flexibility in one product. You can download the first release which covers racial traits, which I call Inborn Traits, representing abilities that are inherent to the model organically, rather than as a result of supernatural powers or elite training. In a couple of days we'll add the Play Test feedback form to let you all contribute to what may end up in the final version of the rules.

Well, enough ruminating for now. I'm going to dig out my paintball gun and see if it still works.